As fun as the classrooms may be, there is learning to do outdoors.

DaVinci Camp strikes a pose on their way to the Mathematical Sciences Research Institute, found at the UC Berkeley Campus.

DaVinci camp poses for a photo with Geologists, Sara Beroff and Grace Beaudoin during their hike near Berkeley fire trails.

DaVinci camp staff member is taking center stage outside of the Valley Life Sciences Building at the UC Berkeley Campus. 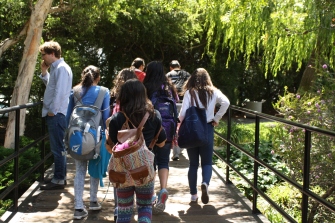 All the DVC ladies walk together to the Exploratorium.

DaVinci Camp poses for a picture in front of the beautifully colored stage found at the CalShakes Theatre. 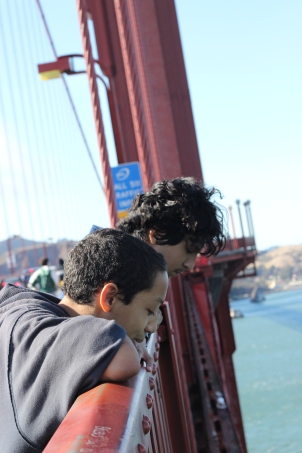 Scholars are amazed how high the Golden Gate Bridge stands above the San Francisco Bay waters.

After a few hours of sailing under the sun, the scholars are ready for a nap!

This scholar estimates the measurement of the building’s height using her thumb as a reference. 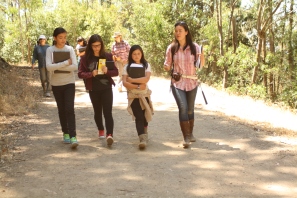 These scholars listen to Geologist Aurora Smedley while they hike the Berkeley fire trails in search of rock formations.

A DaVinci Camp scholar observes the wonders that lie inside the rocks. 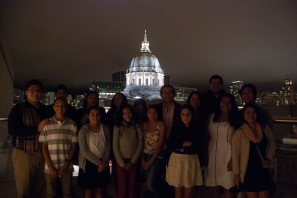 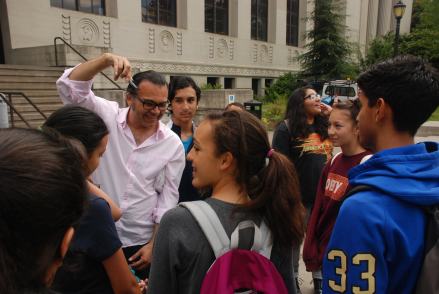 DaVinci Camp making use of the acoustics outside of VLSB in Berkeley, and listening to “O Fortuna”. 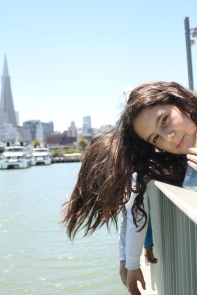 This scholar leans over to get a better view of the San Francisco Bay on a field trip to the Exploratorium.

DaVinci Camp gets the chance to attend a rendering of The Taming of the Shrew in Pleasanton’s Amador Valley Community Park. 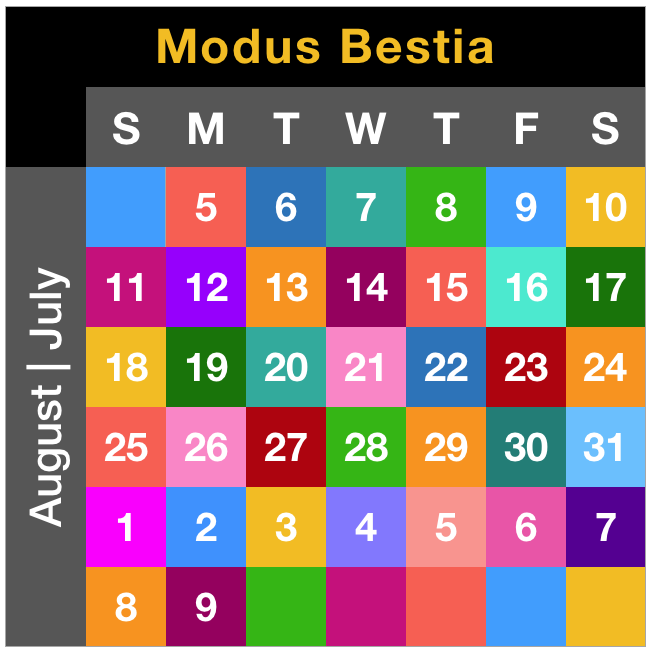